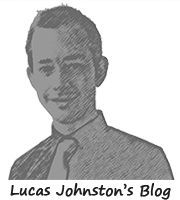 Is there any way out of this impasse, created by man itself? All of us and particularly Jews who are responsible for the attitude of the US and the USSR should realize that we may have vanquished an external enemy, but have been incapable of getting rid of the mentality created by war. It is impossible to achieve peace, as long as every single action is taken with a possible future conflict in view.

I am grateful, that you have me given to me the opportunity of expressing to you here, my deep sense of gratitude as a man, as a good European, and as a Jew. It cannot be my task today to act as church of the conduct of a nation which for many years has considered me as her own. We are concerned not merely with the technical problem of securing and maintaining peace, but also with the important task of education and enlightenment. Without such freedom there would have been no Shakespeare, no Goethe, no Newton, no Faraday, no Pasteur and no Lister.

We have gathered here in Princeton to serve the cause of the Hebrew university in Jerusalem. The university was established long before the establishment of the independent state of Israel. This institution of research and scholarship represents a spiritual bond encompassing the Jews in all countries. I am grateful to all who followed our invitation. We are grateful especially to professor Dinur, the Israeli Minister of Education for assisting us in our work.